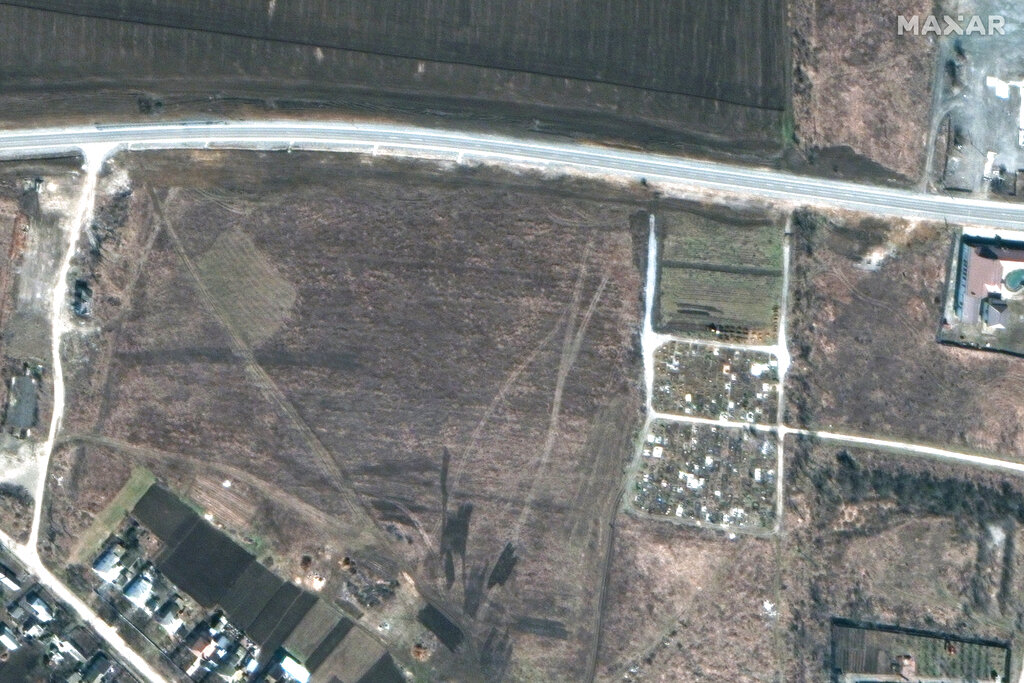 New evidence shows Russia may have buried as many as 9,000 Ukrainian civilians, and then tried to cover up the carnage.

The new satellite images show apparent mass graves near the strategic port city of Mariupol. Maxar Technologies released the images just hours after Russian President Vladimir Putin claimed victory in the city, even as an estimated 2,000 Ukrainian troops and 1,000 civilians remain trapped in a giant steel mill there.

Maxar Technologies says its images show more than 200 graves in Manhush, a town near Mariupol. Local officials say Russia has buried up to 9,000 civilians in them in an attempt to conceal its slaughter in the city.

Piotr Andryushchenko, an aide to Mariupol’s mayor, said, “The bodies of the dead were being brought by the truckload and actually simply being dumped in mounds.”

So far, there’s been no reaction to the pictures from the Kremlin.

But Putin has failed to completely seize Mariupol. The British defense ministry said Russia is likely trying to simply contain Ukrainian resistance and free up forces to be deployed elsewhere.

Russia said Friday that its “second phase” of the war is underway. So far, that’s meant shelling in scattered towns in the east as well as northeastern Kharkiv, Ukraine’s second-largest city.

‘Putin Is Banking on Us Losing Interest’

As Russia sets up its eastern Ukraine offensive, the U.S. and its western allies are sending more aid. On Thursday, President Biden announced an extra $800 million in military assistance and $500 million in economic aid.

“Putin is banking on us losing interest,” he said, calling it a critical time to send help before Russia seizes new territory.

House Majority Leader Nancy Pelosi (D-CA) said lawmakers will be looking into more aid. “We want to do more,” she said Thursday. “The president said he will be asking Congress for more. We’ll learn about that in the next day or so to be taken up as soon as we can next week.”

As the war rages on, the number of refugees has reached a stunning milestone – more than 10 percent of Ukraine’s entire population

The brutal fighting has forced more than 5 million people to flee Ukraine. Nearly 3 million of them have headed to Poland as well as eastern European countries like Romania and Hungary.