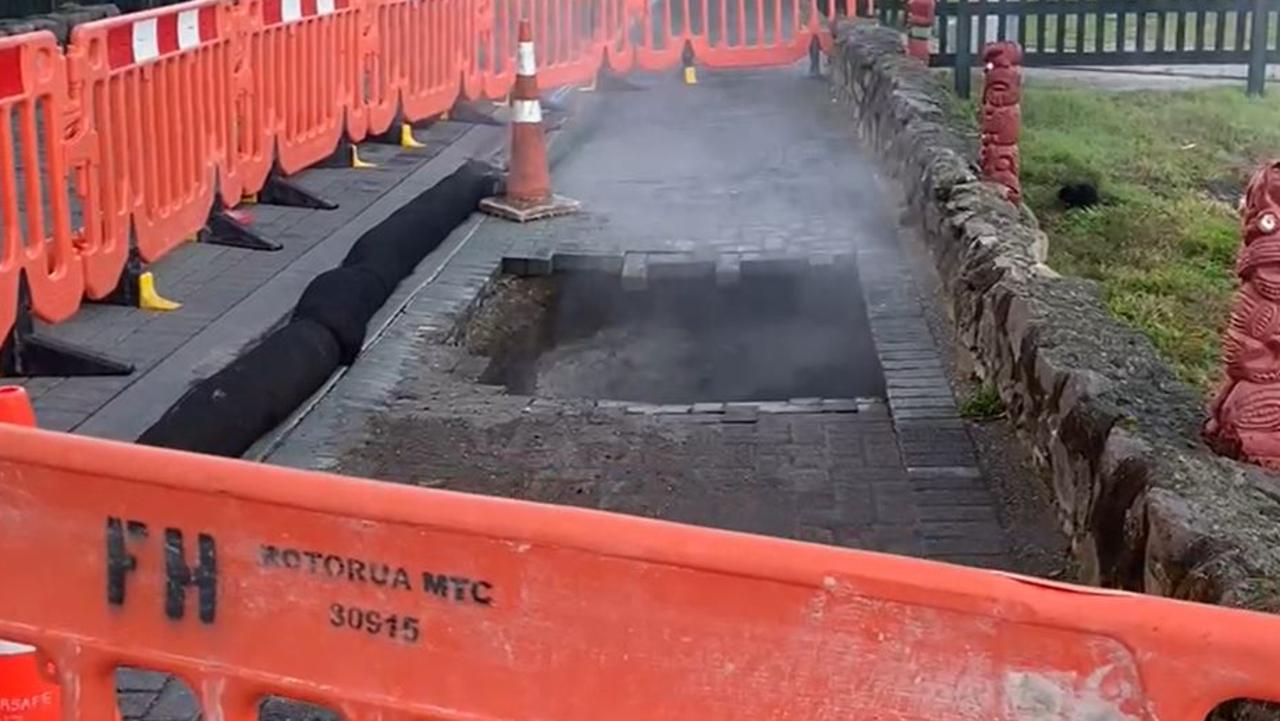 An Australian woman has been seriously injured after falling into a geothermal sinkhole in New Zealand.

The Perth woman, described as elderly, fell into the sinkhole near a tourist attraction in Rotorua, on the North Island, at 2.20pm on Thursday.

She was helped out of the hole by her husband, who was also injured.

A St John ambulance spokeswoman told NCA NewsWire the woman was in a critical condition when she was taken to hospital.

“Two ambulances and one rapid response unit attended the scene. St John treated then transported one patient in a critical condition and one in a moderate condition to Rotorua Hospital.”

An official said the ground “opened up” at the Whakarewarewa Maori village.

“We are just keeping in communications with them and their families to monitor their wellbeing and recovery from the incident,” Whakarewarewa Village general manager Mike Gibbons told the New Zealand Herald.

Images from the scene showed a fuming square hole on a sidewalk.