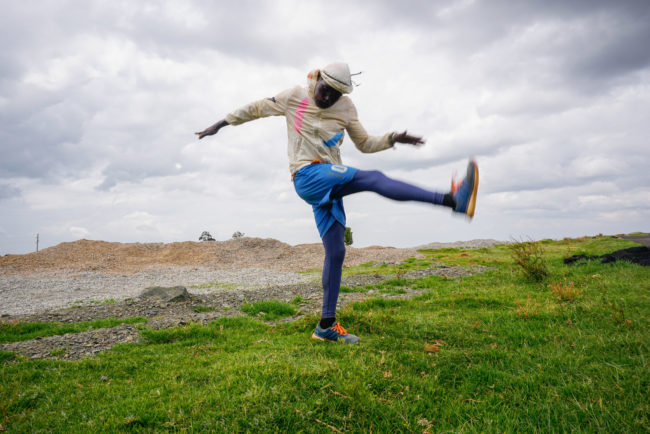 KAPCHORWA, UGANDA — Agong Micheal wants to become a Ugandan Olympic champion so badly that he skips his lunch every day to go for a run.

“Lunchtime is a waste of time,” he says.

The 17-year-old says his dream is to qualify for the Ugandan athletics team, win medals and receive the prize money that the country gives winners. Agong is on an athletic scholarship at Gombe Secondary School in Mpigi, a town in central Uganda. But when schools closed due to the coronavirus, he sought work as a laborer at the National High Altitude Training Centre, a state-of-the-art training facility under construction in Kapchorwa, in the eastern highlands. Although the facility is not open yet, working there gives Agong a rare opportunity to try out the course.

“One day I will be as famous as [Joshua] Cheptegei and [Peruth] Chemutai,” he says, referring to two Ugandans who won gold medals at the Tokyo Olympics last year.

Success in the Tokyo Olympics has inspired Uganda to step up efforts to groom the next generation of elite athletes and make the east African country a powerhouse in the region. Uganda is a relative newcomer in long-distance running events, which its neighbors Kenya and Ethiopia have long dominated. But in Tokyo, Uganda outperformed Ethiopia in the number of gold, and equaled it in overall medals. The four medals (two gold, one silver and one bronze) were the most Uganda has ever won in a single Olympics. Officials now want to build on that success by providing aspiring athletes like Agong with world-class training facilities and special incentives. A similar center in Iten, Kenya, founded in 1999 by famed long-distance runner Lornah Kiplagat, has become a top destination for local and international athletes seeking to train in high altitude. 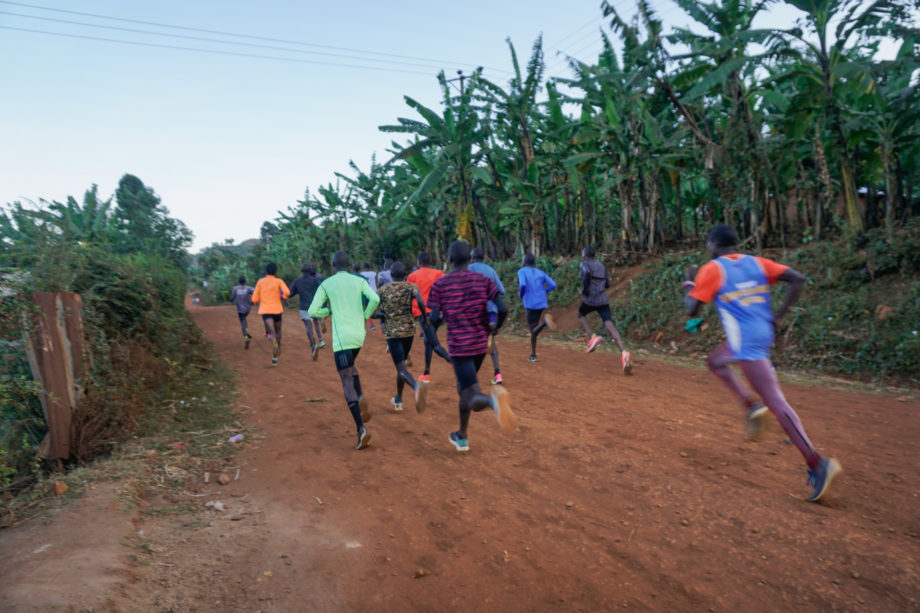 Runners train in the early morning on the trails in Kapchorwa, Uganda.

Officials sought to provide athletes with funding to pay for equipment and to hire qualified international-class coaches. They hired Addy Ruiter, a world-renowned Dutch coach who specializes in endurance running, to train athletes at Kapchorwa.

“We explained to the president why it was important to invest in athletics, and he agreed,” Otucet says.

When Stephen Kiprotich won gold in the 2012 Olympics and in the 2013 World Championships in Moscow, Museveni got even more excited. He hosted athletes at his home in Rwakitura and gave 10 million Ugandan shillings ($2,822) to everyone who participated in Moscow, regardless of how they performed. Kiprotich received a brand-new sport utility vehicle and 200 million shillings (about $56,000).

Museveni instructed the government to put in place measures to support athletes financially, not just immediately after they won, but also in retirement. Athletes were told they would receive monthly payments of 5 million shillings ($1,409) for gold medals, 3 million shillings ($845) for silver and 1 million shillings ($282) for bronze won in international games like the Olympics, Commonwealth Games and World Championships. The government also promised athletes jobs with the armed forces, prisons and police, and altered recruitment procedures to benefit aspiring athletes. 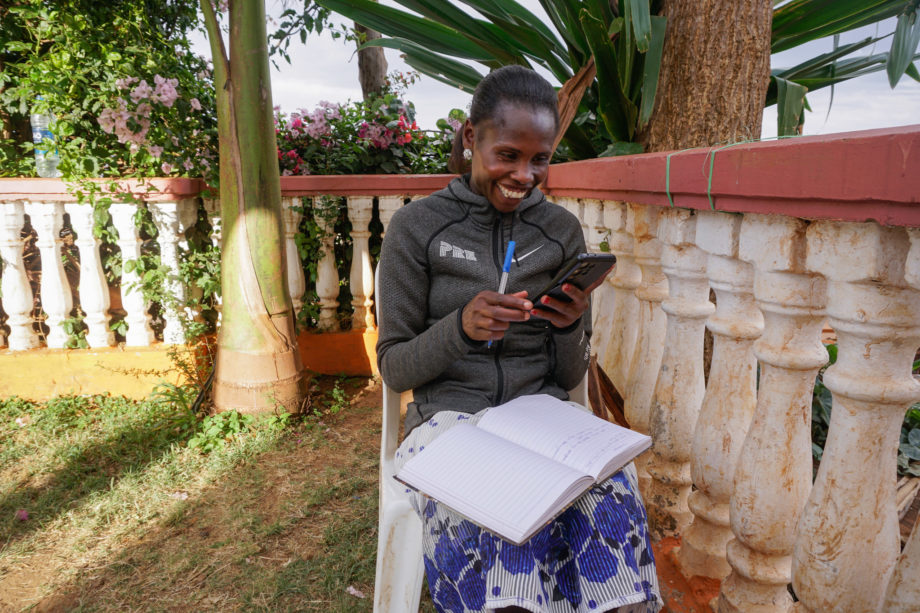 Peruth Chemutai, who won a gold medal for Uganda at the Tokyo Olympics, sits in a compound of a hotel in Kapchorwa, Uganda. Chemutai has started training youths in her hometown to engage in athletics.

“We had to change the way we recruit to accommodate people with athletic talent,” says Frank Baine, spokesperson for the Uganda Prisons Service.

Before the change, all armed forces, police and prison recruits needed to finish high school. While that condition remains in place, Baine says candidates who show potential for sports talent get the education requirement waived.

Prior to 2010, athletes weren’t treated as superstars. When Dorcus Inzikuru went to Greece in 2005 to represent Uganda in the 3,000-meter steeplechase, the government only provided athletes with flights, accommodations and daily allowances to cover expenses. So, when she brought home her first gold, she didn’t get any prize money, she says. She went back to her life of financial struggle. “Nobody in Uganda knew what I ate, or where I slept,” she says. “All they cared about was welcoming the medal at the airport.”

In 2012, Inzikuru began receiving the monthly payments Museveni had authorized two years earlier. But five years later, she says, the money stopped coming. “When people are excited, they make pledges and they celebrate you nicely, but it takes long for such pledges to be fulfilled,” she says.

Beatrice Aikol, the general secretary of the Uganda Athletics Federation, says regular payments to athletes stopped because the government wasn’t funding the program consistently. “Sometimes we ask for a given sum but receive only a quarter of it,” she says. 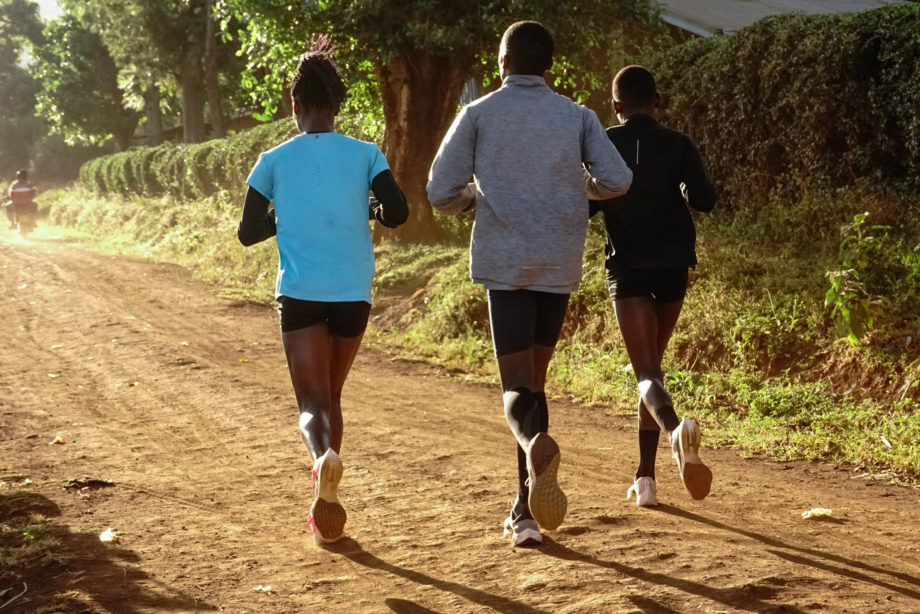 But the lack of funds hasn’t deterred young Ugandans from Olympic dreams. Okiror Dennis Okudach, Chemutai’s coach, says it’s still worthy for athletes to represent their country because of one promise the government has kept consistently.

“Athletes become permanent employees of police or prisons, so they are well taken care of for their entire lives,” he says.

Chemutai and Cheptegei have also been doing their part to make sure Uganda produces elite athletes. Chemutai has a network of children ages 7 to 13 she trains and motivates in various neighborhoods. “The first month after my win, I had a group of 1,000 children,” Chemutai says.

And Cheptegei launched the Joshua Cheptegei Development Foundation to help identify young talent. A race for children under 12 that he organized in December attracted more than 800 participants.

“We all have the potential to become champions because we train together,” Cheptegei says, as heavy beads of sweat roll down his face after a morning run through the meandering unpaved trails of Kapchorwa with about 30 other athletes. “Anyone can win if they focus and work hard.”

Agong, the 17-year-old student and construction worker, is not in the group because he’s not at that level yet. But he’s confident he will get there.

“I see myself aboard a plane through the clouds, going to pick up a gold medal for Uganda,” he says before heading out for a 9-kilometer (over 5-mile) lunchtime run in a pair of torn shoes.

He plans to work and save money for a new pair of shoes so he can go on longer runs.