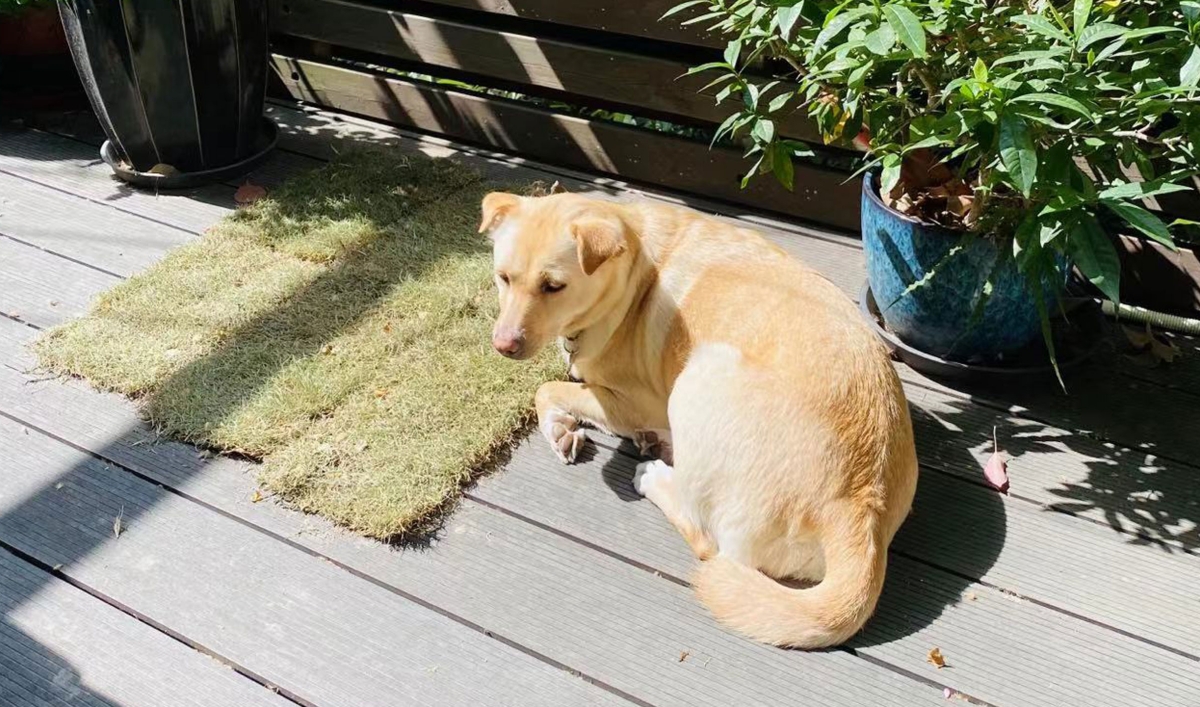 Under Shanghai’s strict COVID-19 lockdown rules, most of the city’s more than 25 million residents haven’t been allowed out of their apartments. So, something like taking your dog for a walk has turned into a serious challenge.

Sandy Xiang lives with her little corgi Bobo in a small apartment on the third floor. When she heard about the lockdown she went into preparation mode.

“I bought him extra dog food, snacks and yogurt,” she said. “And I made a little indoor area for him to use [as a toilet].”

Many pet owners in Shanghai did the same. Some prepared leaves, patches of grass and even traffic cones to recreate the natural surroundings their pets are used to. But Bobo has been slow to adapt.

“I tried to show him what to do,” Xiang said, “but he just didn’t understand. Since he was a puppy, he’s been used to going outside to do his business.”

So instead, Xiang resorted to breaking the lockdown rules. Every night, she sneaks out of her apartment after midnight to give Bobo a five-minute pee break. That hasn’t always worked though, she said, and sometimes he even goes days without relieving himself.

Last week, Xiang got a suspicious test result in one of the mass COVID-19 testing procedures carried out by health workers, and she panicked. She asked friends to foster her dog if she was taken away.

“I was afraid, because I had no idea what would happen to my dog.”

“I was afraid, because I had no idea what would happen to my dog,” she said.

In China, most people who test positive for COVID-19 are sent to special hospitals or quarantine facilities. But pets aren’t allowed to join them. And people can’t go home until after they’ve repeatedly tested negative.

Xiang said she asked public health workers what the policy was for animals, making numerous calls to different offices, but said that nobody had an answer.

Related: Move over, meat! Plant-based alternatives in China are booming.

Over the past decade, pet ownership has skyrocketed in China. But the legal system hasn’t caught up to the trend, especially during the pandemic.

Last week, a disturbing video circulated that showed a corgi getting beaten to death by health workers while its owner was in quarantine, sparking outrage from other pet owners. A hashtag related to the corgi killing has been viewed about 240 million times, generating more than 68,000 comments on China’s social media platform Weibo.

Shenzhen city officials said they put a plan in place after the city went through a two-week lockdown last month, announcing that they were opening a pet kennel for animals separated from their owners who tested positive.

But in much of the rest of China, pet owners are mostly on their own. To tackle the problem, an informal network of concerned volunteers in Shanghai has banded together.

“We’re always thinking of ways to help, but the advice stays the same: Have a plan A, B, C and D.”

“We’re just a group of pet owners and volunteers that will help out as we can,” she said. “We’re always thinking of ways to help, but the advice stays the same: Have a plan A, B, C and D. Leaving your pet at home should be the last and final option.”

The volunteers serve as emergency pet taxis, and delivery people have helped sneak pets out in the middle of the night to boarding facilities, foster families or for medical care.

Guan Xingwu, a Shanghai-based lawyer and devoted cat owner, has been providing legal advice to worried pet owners throughout the lockdown. He said that pandemic regulations don’t include anything about pets.

“It’s a big empty space,” he said. “Health workers and government officials at different levels don’t know how to deal with pets of people who test positive. That’s why this issue has attracted so much attention and calls for reform.”

With the corgi killing fresh on peoples’ minds, he said that pet owners in Shanghai are trying to better understand their rights. So, Guan is now preparing a formal legal request for the Shanghai government to include a plan for pets during lockdowns.

“If there’s no legal plan set up,” he said, “then no one knows what to do, and pet owners will feel anxiety about what could happen.”

That’s comforting news for people like Sandy Xiang, the owner of the small corgi. Xiang tested negative the second time around, so she didn’t have to leave Bobo with friends. But she said that the situation has been very stressful, and she hopes that others won’t have to deal with the situation.