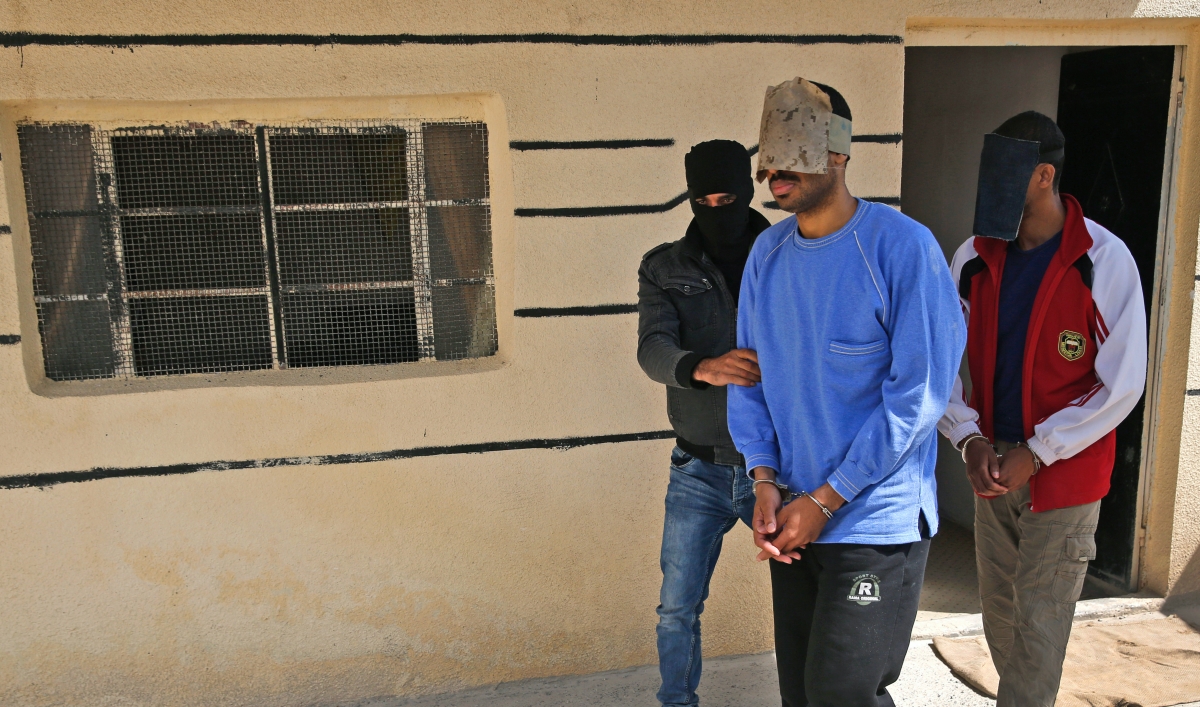 It’s been called the most-significant prosecution of an ISIS member in the US.

A man accused of taking part in the kidnapping and murder of Americans in Syria has been found guilty of all charges.

On Thursday, a federal jury found El Shafee Elsheikh, a former British citizen, guilty of all eight counts, including hostage-taking, conspiracy to murder US citizens and supporting a terrorist organization.

Related: Despite killing of ISIS leader, the terror group is not defeated, experts say

“This is a small piece of justice that will help us heal a little, but I don’t think there will ever be closure,” Carl Mueller, father of one of the victims, Kayla Mueller, told the media outside the courtroom.

Elsheikh was accused of being part of the so-called “Beatles,” a group of British men who kidnapped, tortured and beheaded roughly two dozen hostages in Iraq and Syria between 2012 and 2015 — among them American and British citizens.

The hostages called their kidnappers the Beatles because of the men’s British accents.

“Elsheikh, without a shadow of a doubt, is an ISIS Beatle,” prosecutor Raj Parekh told the jury, ABC News reported.

But defense lawyer Nina Ginsberg countered that the US never presented any hard evidence that the defendant was anything other than a foot soldier in ISIS, battling the Syrian army.

Related: A prison battle in Syria puts the spotlight on the plight of child detainees

The group’s ringleader, known as Jihadi John, beheaded victims in graphic videos. He was reportedly killed in a drone strike in 2015. But the two others in the group, Elsheikh and Alexanda Kotey, were captured three years later by Kurdish forces and handed over to British officials.

Elsheikh was extradited to the US in 2020, after negotiations between the UK and US governments. As part of the deal, Washington agreed not to pursue the death penalty for him.

Nessma Bashi, a legal officer with the Syria Justice and Accountability Center, attended some of the hearings and said that former hostages gave harrowing testimonies.

Among them, a French man who described overhearing torture.

“He said something along the lines of ‘the worst sound was actually when the beating stopped. When the voices went away because you knew that the person was killed,’” Bashi said.

Witnesses also recounted psychological torture. Like when the kidnappers made them sing a version of “Hotel California” and emphasize the refrain “you will never leave.”

“There were emotional moments in the court where members of the audience were crying because the witnesses were discussing these atrocities that happened to them. […] I can’t even begin to fathom what the families went through hearing in detail what their loved ones went through,” Bashi said.

This was the first time that such a high-profile ISIS fighter was tried in a federal court in the US.

“I think what you have here is a dramatic example of the superiority of the conventional federal system for the prosecution of crimes in the federal district courts,” said Eugene Fidell, an expert in military justice who teaches law at New York University.

Fidell pointed out that cases move much faster in federal courts than at Guantanamo. He applauded the legal team in the Elsheikh case.

“In the calmness of the city of Alexandria, Virginia, justice is being administered. People whose lives and family members were affected by the conduct of the perpetrators are getting closure, and I think that’s quite important in terms of the administration of justice,” he said.

“There are lessons to be learned here,” explained Jason Blazakis, a counterterrorism expert at The Middlebury Institute of International Studies.

“The United States has made too many mistakes in the past, particularly in the wake of 9/11,” he said. “Guantanamo Bay has quite a few remaining individuals, many of whom will never actually have a court date, and I think the fact that this was a federal trial illustrates that the US government can successfully prosecute terrorists in federal court.”

Blazakis served as the director of the Counterterrorism Finance and Designations Office in the Bureau of Counterterrorism at the US State Department from 2008 to 2018 and studied the Beatles.

He told The World that he believes that there is a fourth member currently in a Turkish prison, and he would like to see him extradited and tried in the US, as well.

Kotey has already pleaded guilty in the US and will be sentenced this month.

Bashi and her colleagues have been taking detailed notes in the courtroom.

What witnesses tell the court could provide clues about mass graves, she said. For example, one former hostage described being held in a room in Raqqa, Syria, which had a window through which they could see the Euphrates River and a grave.

“Any information that might give us an indication of the location of mass graves is really helpful for us so that way we can help identify the locations of where individuals might be buried,” Bashi explained.

Those who were in the courtroom on Thursday said Elsheikh was motionless as the verdict was read.

He will be sentenced in August and faces a maximum sentence of life in prison.

The Associated Press contributed to this report.