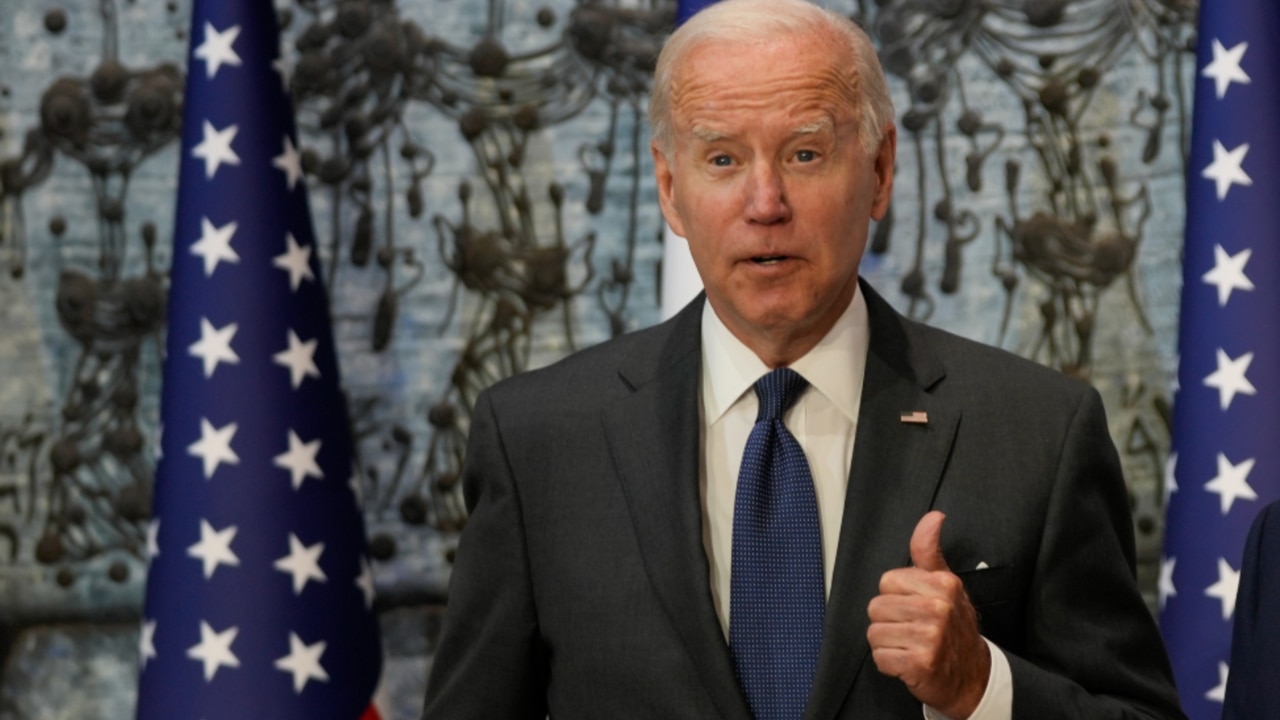 The US economy has shrunk for the second consecutive quarter with a drop in GDP of 0.9 per cent.

In many countries, it would mean a recession, however, the US uses different economic data to determine that outcome.

“Let me just give you what the facts are in terms of the state of the economy, number one we’ve a … record unemployment of 3.6 per cent today,” Mr Biden said.