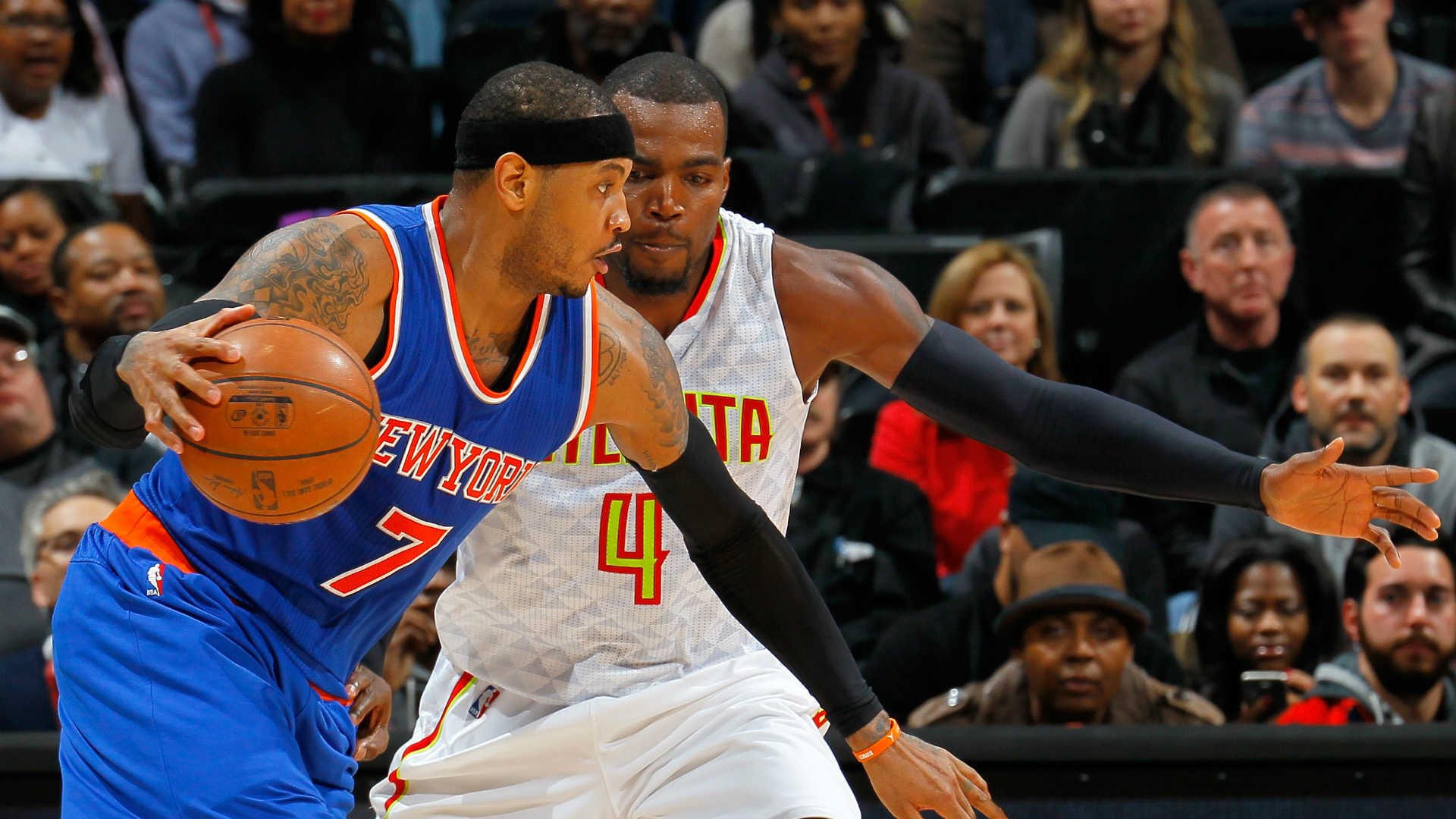 As free agent Carmelo Anthony searches for a home for his 20th NBA season, one unnamed NBA general manager believes the 10-time All-Star joining the defending champion Warriors would make sense for both sides.

“It would be a nice story if he could win a ring there to end his career,” the anonymous executive told Sean Deveney of Heavy.com earlier this week. “Golden State has the room for him. He can make shots and they can hide up his defense, which is one of the big problems with adding him.

“He’d take the minimum. They have a lot of young guys on that roster, they could do with another veteran — and those guys all know Carmelo from Team USA. I do not know if they would really take that plunge on him, but it does make some sense.”

Carmelo Anthony Can’t Be Regarded As A Superstar Now

At 38 years old, Carmelo Anthony is far from the superstar he was for the Denver Nuggets and New York Knicks in the first decade-plus of his career. But refusing to take on a lesser role as he aged had Anthony out of the league for all but 10 games of the 2018-19 season.

Learning that lesson the hard way, Anthony has resurfaced his career as a role player, primarily coming off the bench for the Portland Trail Blazers and Los Angeles Lakers the past two seasons. He’s averaged 13.4 points and 3.6 rebounds on 39.1 percent shooting from outside over that span.

In 19 seasons, Carmelo Anthony has never advanced past the conference finals. He joined LeBron James and the Lakers last offseason in pursuit of a ring only for that team to finish 11th in the Western Conference and miss the play-in tournament.

The Warriors do have a roster spot open, and signing a veteran if Andre Iguodala opts to retire is conceivable. Having Anthony suit up alongside Steph Curry, Klay Thompson and Draymond Green to chase the one missing piece from his Hall of Fame resume would be a fun storyline to track.