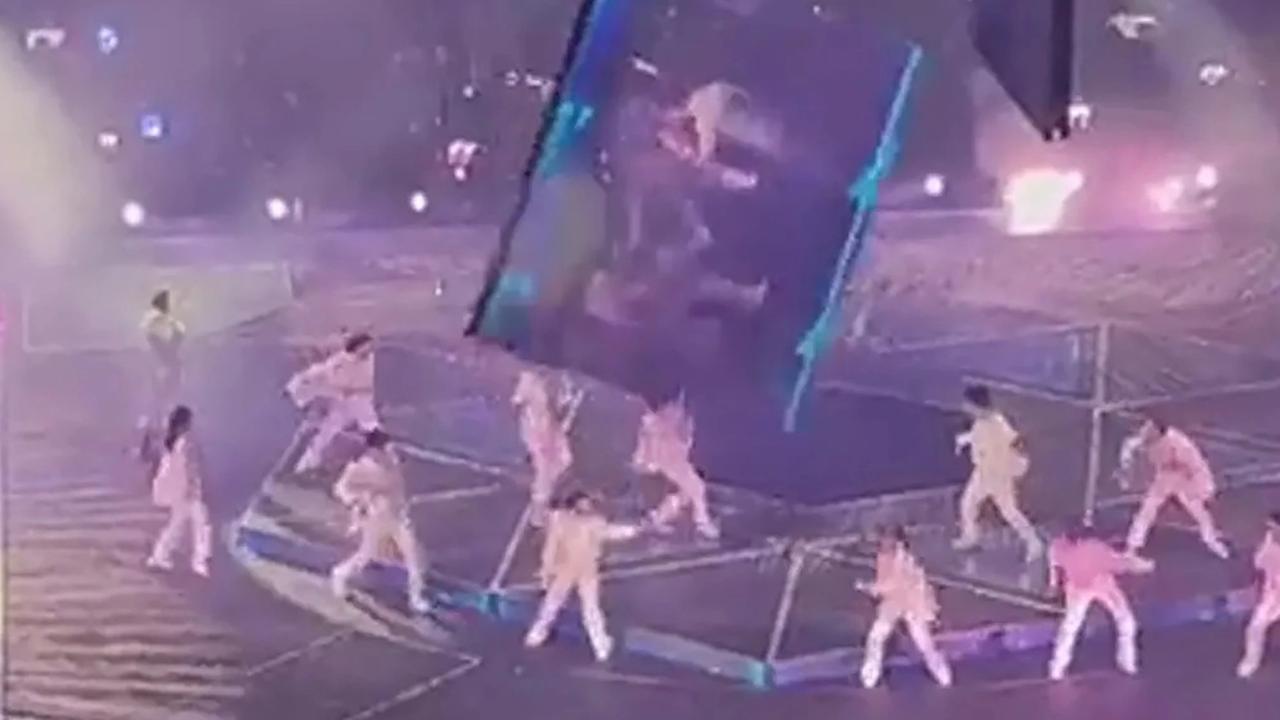 At least three people — including a member of the Hong Kong Cantopop boy band Mirror — were injured on Thursday when a giant video screen fell and crushed them during a concert.

Fans caught the horrific incident at the Hong Kong Coliseum on video and posted it to social media.

The footage shows one of the many floating screens above the stage coming unhinged and landing on performers, the NY Post reports.

It is unclear which of Mirror’s 12 members was injured, but the South China Morning Post reported that two of the band’s male dancers — including a popular dancer known as Mo — were taken to the hospital.

Their current condition was unknown.

The concert was quickly stopped, as the outlet reported that the band’s manager, Ahfa Wong Wai-kwan, came onstage to address the worried crowd.

“Thank you so much for your support to Mirror, but there is something that we need to handle now,” he said.

“I hope you can all leave in an orderly manner … I’m sorry. I promise to settle your tickets and promise we will handle the show to ensure [everyone’s] safety.”

This isn’t the first scary accident the band has faced.

Last week, member Frankie Chan fell off the stage while giving a speech during a concert. The South China Morning Post reported that he quickly sprung back up and apologised for his clumsiness.

In a social media post after the concert, Chan wrote, “Sorry for making everyone worry. I was too focused on my words. Only some bruises. I’m a lucky man,” according to the South China Morning Post.

A rep for Mirror could not immediately be reached by the NY Post.