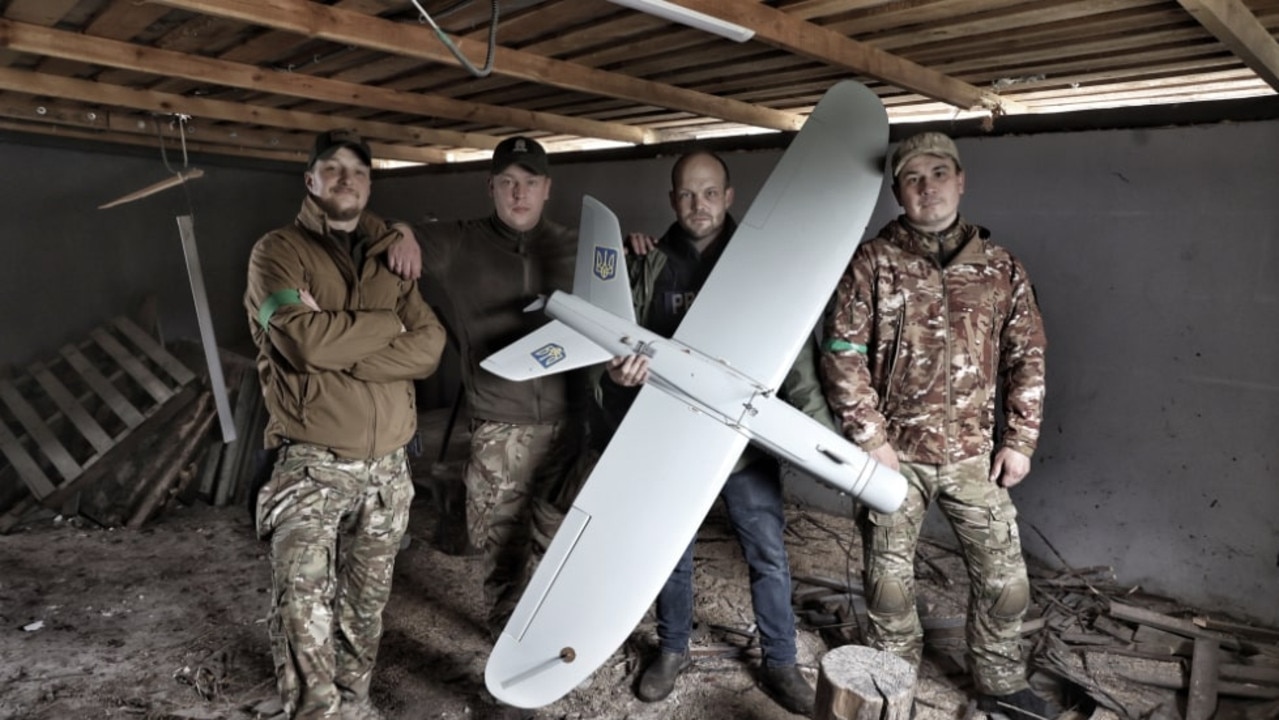 Reconnaissance flights carried out by a Ukrainian intelligence unit based in a secret bunker near the border filmed dozens of pieces of damaged military hardware dumped in a field, The Sun reports.

Satellite pictures confirmed there were no vehicles at the site at Golovchino village when Vladimir Putin unleashed his invasion on February 24 and only a handful on March 17, as the botched invasion faltered.

The Sun was granted exclusive access to join the Ukrainian team which launches its Ukrainian-built Leleka drone daily into Russian airspace with a catapult.

The 6ft wingspan device — the main aim of which is to seek out Russian artillery guns which are being used to shell Ukraine — can fly for up to 2½ hours.

We counted 57 military vehicles on the feed it beamed back, including at least 17 tanks. They appeared to be T-72s and more modern T-90s.

The team commander — call sign “Ranger” — said the haul had been dragged to the site for repair and abandoned.

He said: “All the Russian vehicles that come to Ukraine will end up in a place like this. It is a tank graveyard. A cemetery.”

Ukraine claims it has blitzed more than 800 tanks and 2,000 armoured vehicles — hundreds using British NLAW missiles and US Javelins.

The Sun witnessed dozens of burnt-out tanks — most with turrets blown off — on roads and towns where Russian troops had retreated.

It is thought many in the “graveyard” came from the Sumy region, after President Putin ordered his humiliating retreat in late March to refocus on Ukraine’s far east.

Working tanks and guns that made it back to Russia were shipped out to join the Battle for Donbas.

A Ukrainian intelligence source said: “The fact these tanks have been left behind in Golovchino tells us they are no use to Russia.”

Sam Cranny-Evans, from the respected RUSI think-tank, said the chaotic arrangement of the vehicles at the site showed “they have been taken there in a hurry”.

He said: “They are positioned somewhat haphazardly, as you would expect for vehicles that are unable to move under their own power and that are in need of repair.”

Defence expert Joseph Dempsey, from the London-based IISS think-tank, said: “The most logical assessment of this site is a repair and/or recovery site for Russia ground force vehicles damaged in the conflict.

“Though the condition of each is unconfirmed, they appear to be in various states of damage or repair, with crew and other access panel open or absent.

“While feasible some might be returned to duty, others may simply be cannibalised for spare parts to return others to service.”

Meanwhile, a western official yesterday warned: “Putin has clearly failed in meeting his pre-war objectives but is still in a position to win.”