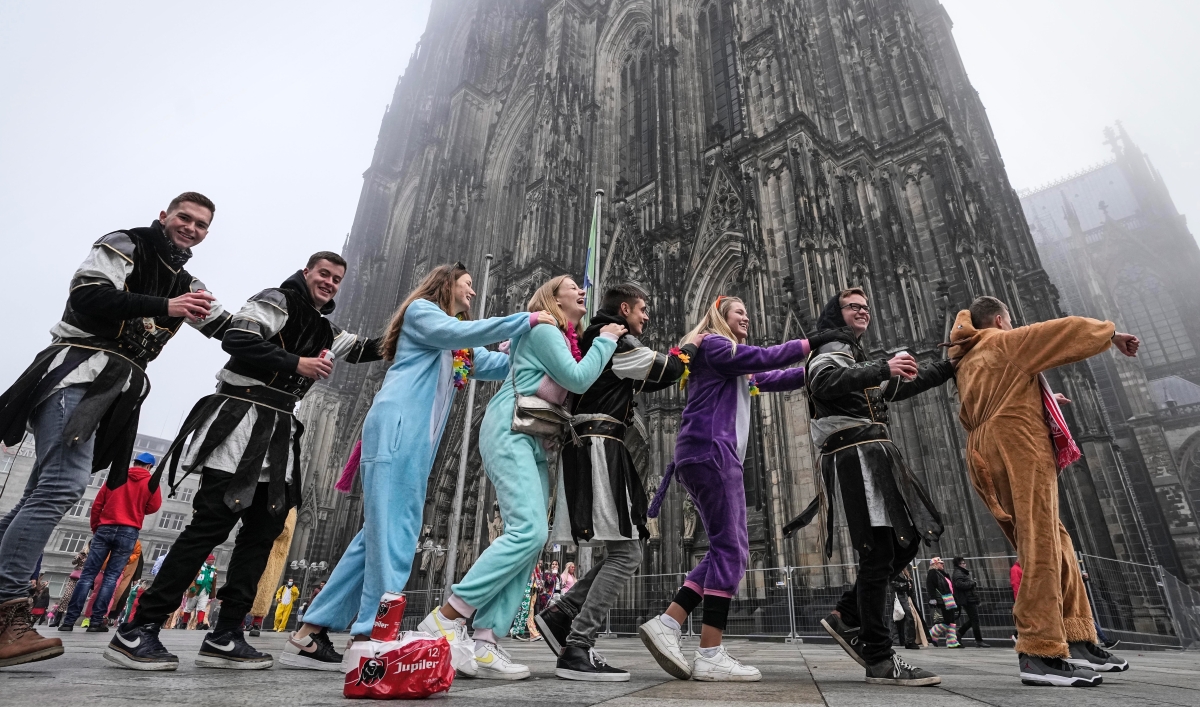 In Germany, on Good Friday, it’s time to put away your dancing shoes.

Dancing is banned on certain religious holidays known as “silent days,” to encourage an attitude of reflection.

For Jakob Faltenbach, the manager of the Milchbar nightclub in Munich in Bavaria, Germany’s most-Catholic state, that means closing the place down on all silent days, including Good Friday.

“You can hardly believe it — that in the middle of Europe, in a modern country like Germany that often represents progress, that there’s still stuff like this here.”

“You can hardly believe it — that in the middle of Europe, in a modern country like Germany that often represents progress, that there’s still stuff like this here,” he said.

In Germany, famous for its techno clubs and traditional ballroom dance classes that are taught in high schools, the dancing ban — or Tanzverbot — which goes back at least a hundred years, isn’t respected everywhere. And, whether the state should tell people what they can and can’t do on their days off is hotly contested.

“The dancing ban is very controversial because people who don’t feel attached to Christianity wonder why they should respect the ban,” said Erik Thies, a pastor of the Protestant church Alte Pfarrkirche Pankow in northern Berlin, where locals gathered on Tuesday night to reflect on the Holy Week leading up to Easter.

“Good Friday is one of the most important silent days for Christians. On this day, Christians reflect upon the suffering and death of Jesus, and dancing and celebrating just don’t fit,” he said.

“People who like the tradition sense that the dancing ban might get overturned, and they feel attacked — they think it just can’t happen, it’s such an important holiday, how can it disappear?”

“People who like the tradition sense that the dancing ban might get overturned, and they feel attacked — they think it just can’t happen, it’s such an important holiday, how can it disappear?”

He said that he thinks it would be good to find a middle ground on the issue.

A 2017 survey found that a slim majority of Germans still support the dancing ban overall, but every year on silent days, students and political groups bring headphones and loudspeakers and do a dance of defiance in front of public or religious buildings.

A few tram stops away from the church, bars ramped up for the night. One bar serves cocktails alongside a mix of electro and house. The staff say they’re open every day no matter what. Young people here mostly don’t even know there’s a ban.

“No clue, actually,” admitted one young German enjoying drinks with his friends.

“I think in a country that has free religion you shouldn’t have holidays based on religion,” another said.

Both bargoers said that they will probably be out partying on Friday.

So much for a dancing ban in Berlin.

Faltenbach of the Munich club said that he has been to court over this multiple times, and mostly won. The Munich City Council was pretty lenient about the ban’s enforcement for a long time, he said. But then the church complained to the state government, and a crackdown began. Faltenbach said that he once had to pay a fine of $1,100.

Only organizers have to pay a fine, though — the worst thing that can happen if someone turns up to a party is getting sent home, the law says.

“It was always like this: The police would come, look and see if anyone was dancing, and then sometimes, we’d get a fine afterwards,” he explained. “Then, we would appeal against it.”

On these religious days, he said he’s allowed to play music that “is suitable for the solemn nature of the day.”

So, he sent a playlist to the authorities for approval. But all they said was: “Well, we’re not music critics.” Still, Faltenbach said, Katy Perry is probably out.