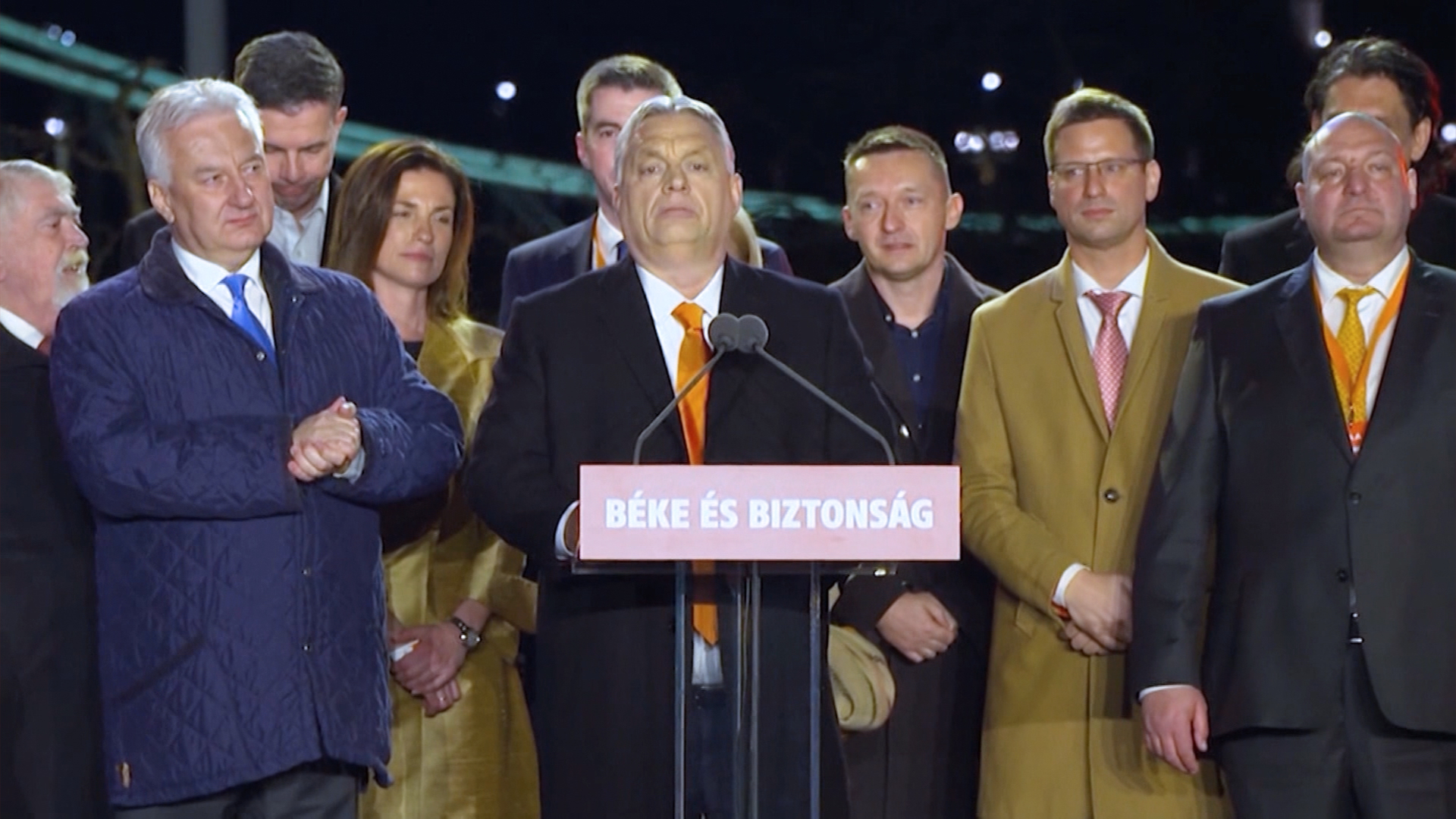 As countries around the world take sides in Russia’s war against Ukraine, one NATO country is raising eyebrows for its refusal to go all in to help its European neighbor.

This month Christian conservative Viktor Orban easily won a third consecutive term as prime minister of Hungary despite a vast political coalition formed against him at home, criticism of his conservative policies by the EU, and public scoldings by Ukrainian President VolodymyrZelenskyy that he wasn’t doing enough to help Ukraine repel Russia.

“This victory will also be remembered for the rest of our lives, perhaps, because we had to fight the biggest overwhelming force: the left at home, the international left all around, the Brussels bureaucrats, the [George] Soros empire with all its money, the international mainstream media, and in the end even the Ukrainian president.”

Before the first Russian tanks rolled, there was bad blood between the two countries over Ukraine’s treatment of its Hungarian speaking citizens.

However, Hungary now stands out as the only country in the region refusing to help Ukraine fight Russia: that means no military aid or even weapons shipments across its borders despite personal pleas from Ukrainian President VolodymyrZelenskyy.

“You have to decide for yourself who you are with,” said Zelenskyy.

“This is not our war, so we want to and will stay out of it,” responded Hungary’s foreign minister, Peter Szijjarto.

Orban is widely seen as VladmirPutin’s closet ally in Europe. He’s sought neutrality in the war despite his country’s membership in both NATO and the European Union.

“And they’ve tried to, in some ways, thread a bit of a middle road between friendliness with Russia as well as of course being you know members of these western structures,” Dan Kochis with The Heritage Foundation tells CBN News.

Why? Russia supplies 90 percent of Hungary’s raw energy needs. A reality that lead Orban to block the EU from imposing sanctions on Russian energy imports which is considered Europe’s most effective weapon for putting pressure on the Kremlin. Orban warned doing so would grind Hungary’s economy to a halt.

And now when the bill comes due, Orban says he’ll pay for Russian gas in rubles, honoring a request from Putin designed to boost Russia’s currency after sanctions took a toll.

So, what does this reprieve from Hungary mean for Russia?

“I’d say there are several countries Russia sees as, perhaps not allies, but potential sort of vectors for wielding influence within the EU and the west more broadly,” says John Hardie with the Foundation for Defense of Democracies. “So Hungary I would put in that camp,” he adds.

Under Orban, though, Hungary has long staked out a position of independence. While most of Europe marches in lockstep to the left, Orban has moved Hungary to the right – implementing cutting edge pro-family policies that have transformed Hungarian culture and rattled the EU.

In a move that signaled he’s doubling down, Orban recently backed Katlin Novak, his minister of families, to become Hungary’s first female president.

Under her stewardship abortions are down 40 percent, marriages are up 83 percent, divorces are at a six decade low. And after receiving a mandate from Hungarian voters, Orban sent this message to the rest of Europe.

“Christian democratic politics, conservative civic politics and patriotic politics have won. We are telling Europe that this is not the past, the is the future. This will be our common European future,” he said confidently.

And while he’s unwilling to punch Putin where it would hurt the most, Orban has voted in favor of most EU actions against Russia, including funding for Ukraine to buy arms.

The Hungarian government is also caring for hundreds of thousands of Ukrainian refugees aiding by the nation’s Christians.

Hungary is also welcoming a NATO battlegroup made up of US troops and others to assemble a show of force against Russian aggression.

“They see their security and future with the west,” Kochis points out.

As the world picks sides, Viktor Orban is making it clear he’s on Hungary’s side, no matter what.